A Call to Arms from NYC’s Guerilla Superhero

By The Illuminator @illuminator99 ·

Mission: To smash the myths of the information industry and shine a light on the urgent issues of our time.

In today’s social, environmental, and political climates, a quick click through various news sources can leave you feeling hopeless. Not only are there countless atrocities occurring across the globe, it’s nearly impossible to navigate the endless crowdfunding campaigns and calls for aid. When our digital society pulls us toward a million activities at once—eat, sleep, work, buy, fuck, help, play, etc.—art can be a tool to bring people together and focus their attention.  The Illuminator, a collective political art project based in New York City, provides a beacon of hope in a time when the mainstream media are nearing absolute unreliability.

Beginning with original Occupy Wall Street movement, The Illuminator emerged from the “OWS Bat Signal,” a projection-action orchestrated on November 17, 2012 by Mark Read, one of The Illuminator’s founding members. As OWS protesters marched across the Brooklyn Bridge, Read projected a message on the Verizon building at the foot of the bridge’s Manhattan side:

“99% / MIC CHECK! / LOOK AROUND / YOU ARE A PART / OF A GLOBAL UPRISING / WE ARE A CRY / FROM THE HEART / OF THE WORLD / WE ARE UNSTOPPABLE / ANOTHER WORLD IS POSSIBLE / HAPPY BIRTHDAY / #OCCUPY MOVEMENT / OCCUPY WALL STREET / list of cities, states and countries / OCCUPY EARTH / WE ARE WINNING / IT IS THE BEGINNING OF THE BEGINNING / DO NOT BE AFRAID / LOVE.”

Since then, The Illuminator has organized projections to address myriad social and environmental issues, such as the Black Lives Matter movement, the student debt crisis, the energy crisis, the bombing of Gaza, college rape culture, and much, much more. Perhaps the most effective quality of the collective’s activities stems from their appropriation of the methods used by the very media they criticize: projections allows them to be mobile, temporary, and scalable. Bearing many similarities with Jenny Holzer’s 1982 public art project in NYC’s Time Square and more recent projections, The Illuminator differs in the specificity of its messages: each performance addresses a particular cause (as opposed to Holzer’s more poetic and abstract Truisms). The combination of its community-oriented, grass-roots efforts and fearless political statements allows The Illuminator to “transform the street from a site of transit to a space of engagement, conflict, and dialogue.” Now, more than ever, the disenfranchised majority needs to come together and incite positive change. “It’s the 99% coming to save itself,” says The Illuminator. “We are our own superhero.”

The Illuminator currently has a video on view in the exhibition AgitProp! at The Brooklyn Museum. In July they will be in Santiago, Chile, for the Hemispheric Institute of Performance and Politic’s Encuentro 2016, working with student activists to realize a series of interventions there. 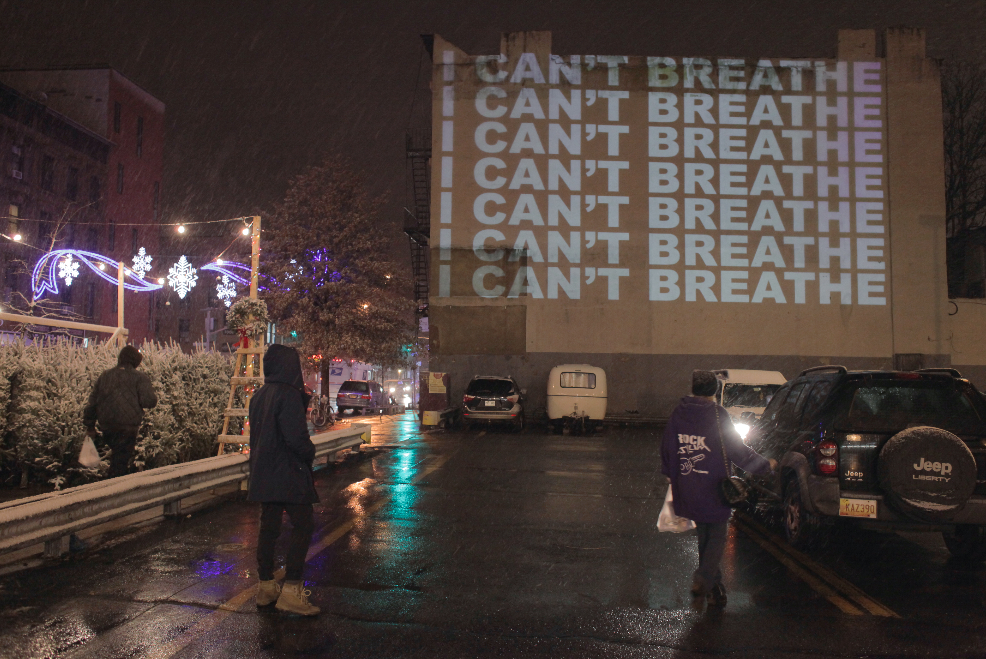 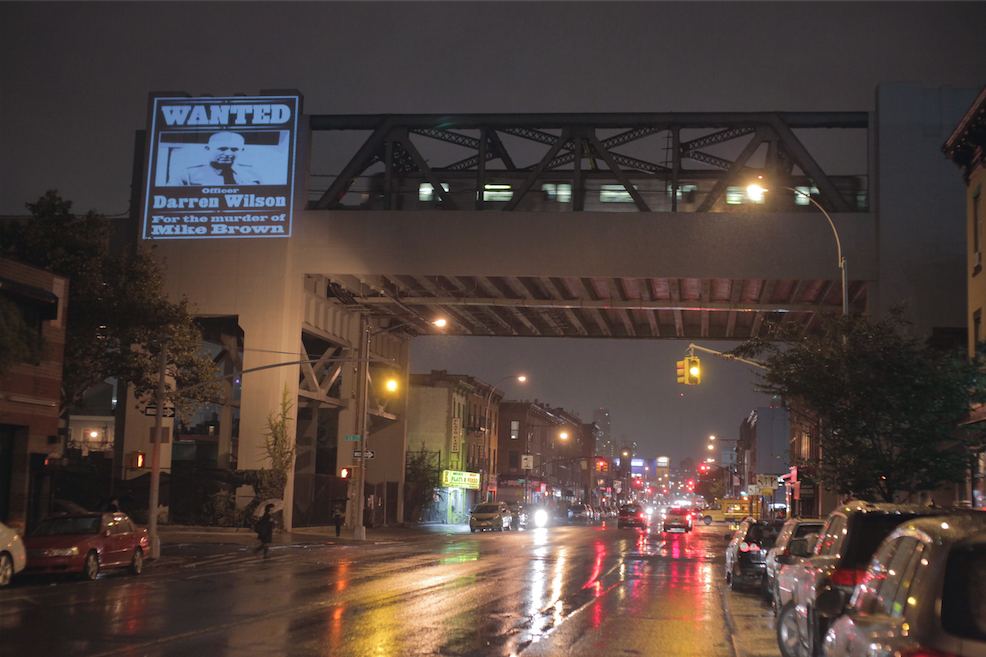 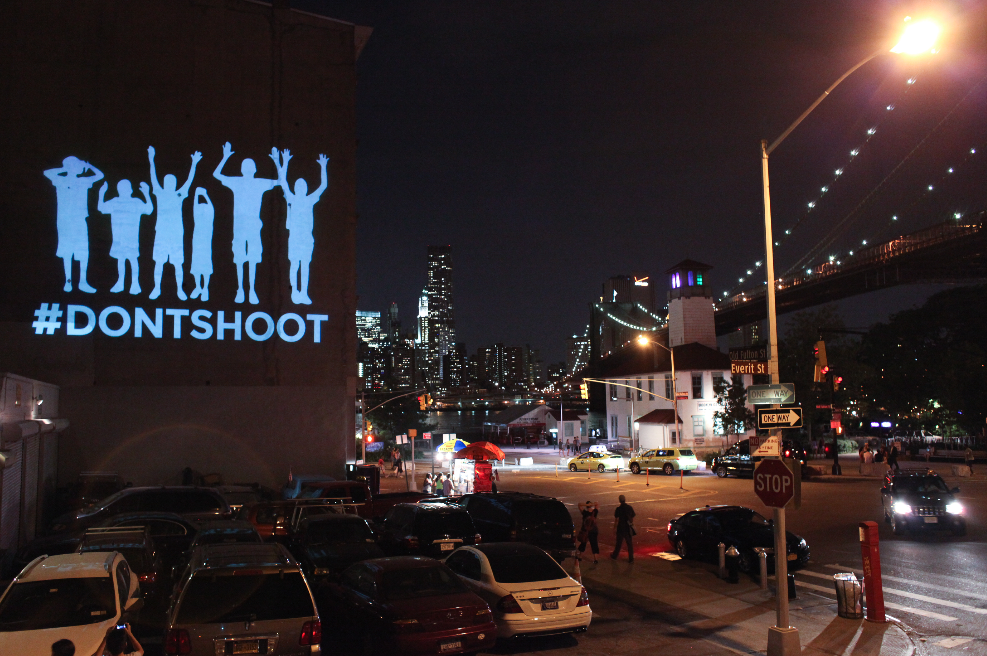 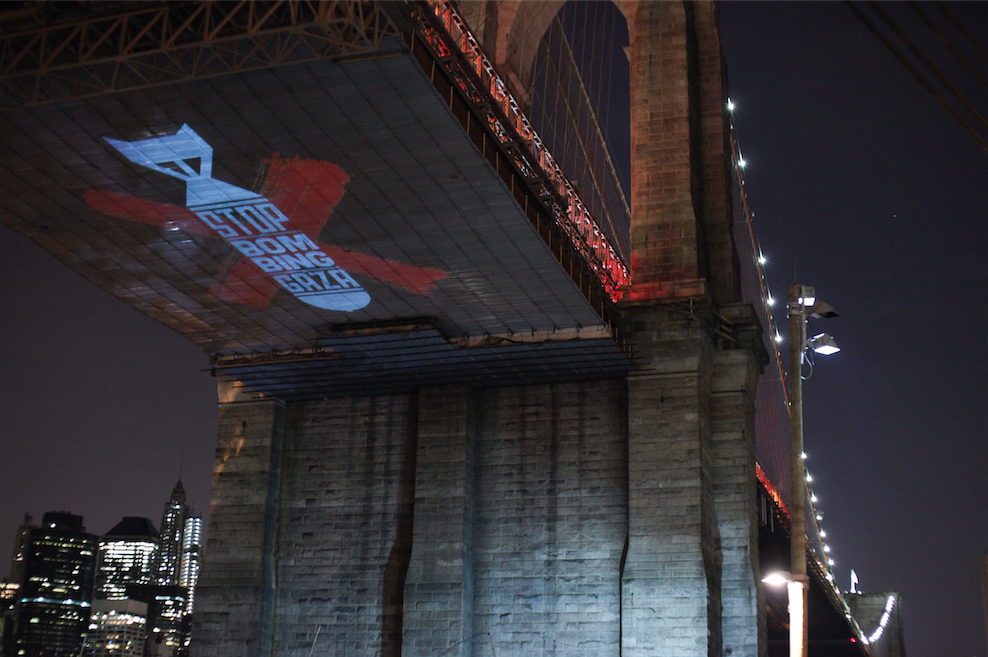 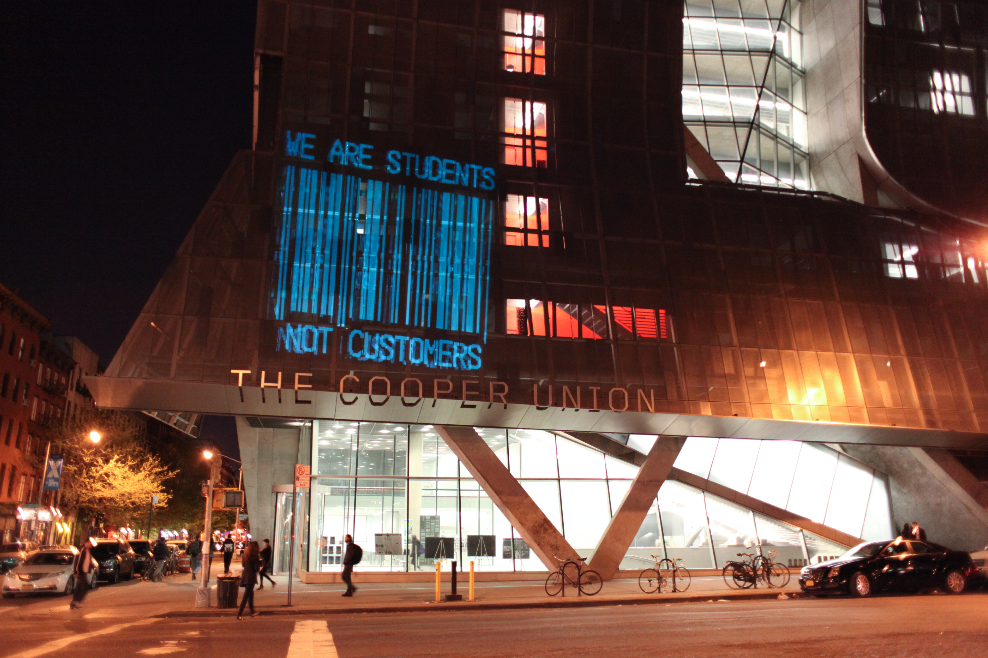 The Illuminator is a collective political art project based in New York City that was initiated in March of 2012. The project emerged out of the Occupy Wall Street movement, in the wake of the original “OWS Bat Signal” projection-action of 17 November 2011. Since then the collective has staged hundreds of interventions in public spaces—both geographical and virtual—as acts of incitement and invitation. We transform the street from a site of transit to a space of engagement, conflict, and dialogue. The images we create circulate over the Internet as vivid talismans of trespass within the over-saturated and suffocating visual culture of commodity capitalism, provoking much needed dialogue concerning the issues of our time. By adopting a superhero persona we strive to communicate in a pop culture vernacular so that all may understand our mission. We call for heroism—for an insurgent broad based popular movement to challenge entrenched power and initiate the radical political, social, and economic transformations that the urgency of this moment demands.