26th Street is a street without a brand, as much as that’s possible in Manhattan. No one’s made movies or musicals about it. It’s not tied up with the mythology of a generation the way MacDougal Street is. Starting over in Chelsea, it makes its line east, cutting through turf that is alternately claimed by Kips Bay, Gramercy, Midtown, NoMad, and Rose Hill. The people who live and work among this spaghetti of boundaries may have strong opinions about where one neighborhood ends and another begins, but most New Yorkers don’t care to. 26th Street’s eastern portion is a cultural dead zone, waiting since 1929 for that Godot of the Metropolitan Transportation Authority, the Second Avenue Subway. Part of that line is alleged to open in 2016, but zero people actually believe this. 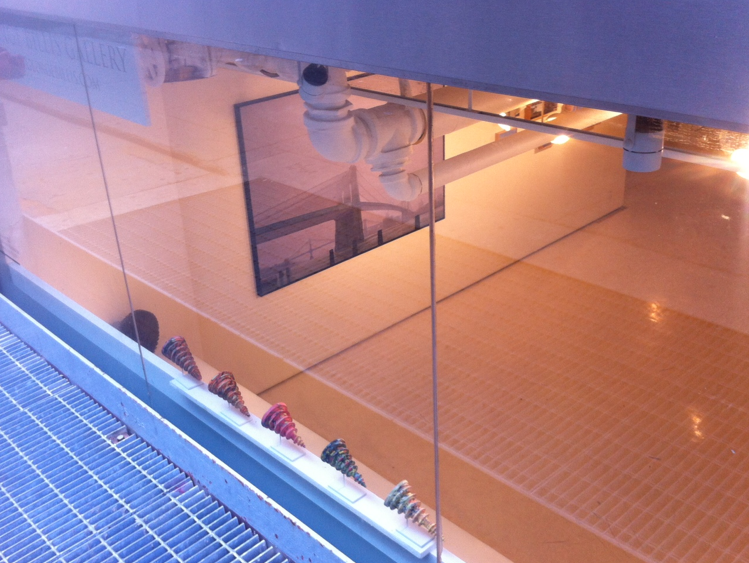 Chelsea, though, has an identity. The old industrial warehouses, once used as breweries and factories, are still there, or at least their facades are. After rising rent in SoHo pushed out all but the poshest artists and galleries, West Chelsea was one of the places they sought refuge. Many of the galleries remain, but now the rents here are nearly as unmanageable as they are further downtown. Blunderbuss’ own Niral Shah tells us that despite gentrification, New York’s art kids are alright. I think he’s right. After all, I live in Bushwick, Brooklyn: the New York Times-sanctioned next big thing. But Chelsea isn’t an easy place to be an art kid. 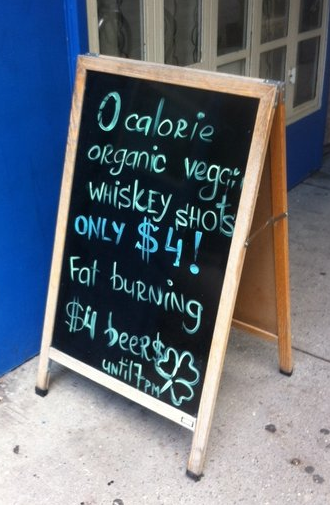 It is a good neighborhood to be a bourgeois bohemian, though. Chelsea is home to the “0 calorie organic vegan whiskey shot” and “fat burning $4 beers.” These drinks are the Sex and the City-fication of New York made liquid. Funny, then, that they’re hocked near Revolution Books, a radical bookstore that advertises itself as “scientific and poetic, wrangling and visionary” and “at the center of building a movement for revolution.” Despite periodic financial troubles—Chelsea isn’t an easy place to be a radical kid either—Revolution Books has been holding it down in the neighborhood since 1978. It makes sense that the shop’s history reaches into Chelsea’s pre-gentrified past. It exudes a vibe that’s proudly out of step with the times. The store has a display dedicated to the work of Bob Avakian, chairman of the Revolutionary Communist Party, clashing both with the nearby luxury condos and with the anarchist-inflected politics that have prevailed in radical circles since the rise of the anti-globalization movement in the late ‘90s and on through Occupy Wall Street. Revolution Books feels like a portal to a pre-end-of-the-Cold-War New York. 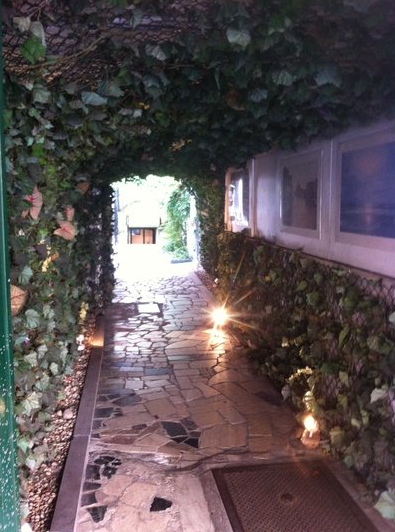 26th Street and the city generally are peppered with these kinds of portals. Some are almost literal. Back east in Kip’s Bay (I think you’d call this area Kip’s Bay?), the entryway for Niu’s Nails is a tunnel of green leaves and polished stone that leads to a sunlit courtyard.  It’s just a path to a mani-pedi, but its lushness is a psychic leap away from Manhattan. Other portals are nods in the direction of people departed and eras forgotten, or physical hyperlinks to the past. Take the brick that dedicates a streetside tree to “John Burnett Payne, Poet.” I didn’t know who he was either. Temple University—the custodian of his papers—tells us that he “wrote an incredible amount of poetry, and published a good deal of it.” He taught classes at Pratt and was a reader at Avon Books. His chapbooks, Ghosts Scare Tito Rosa and the delightfully titled Tell Me You Love Me, Con Edison, appear to be out of print. Payne started writing a biography on Daniel Fuchs that he never finished. When he died in 1986, he was working on a novel. The manuscript was never published. He led a literary life that, it seems, never won him much of anything. But he has a tree, and a title he was proud of. “John Burnett Payne, Poet.” 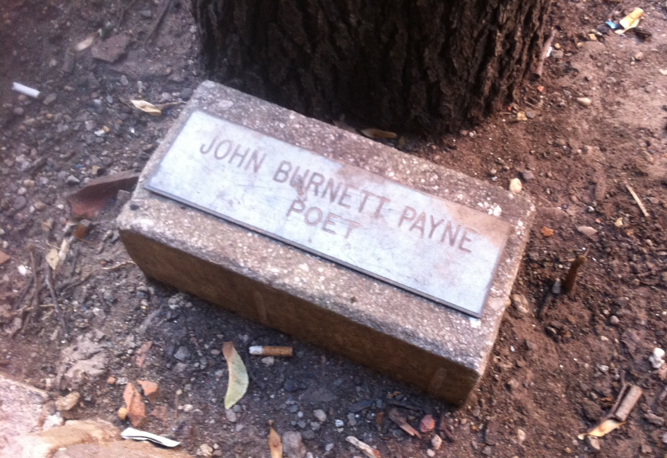 Today, I’m walking with a destination. I’ve got a friend cooped up in Bellevue with a sprained elbow and a broken funny bone—apparently they’re more fragile than you’d think—and 26th Street grazes the hospital’s south end. Bellevue has been operating continuously since 1736, longer than any hospital in the country. It was the world’s first hospital to employ ambulances—originally, horses pulling buggies.

While it provides all kinds of medical services, when you say “Bellevue,” the mind jumps to its psych ward. The Times notes, “To many New Yorkers, the name Bellevue is shorthand for the place where New Yorkers, including criminals, are taken when they go crazy.” Patients who’ve passed through Bellevue psych include “Eugene O’Neill, after attempting suicide; Malcolm Lowry, while being treated for alcoholism; Norman Mailer, after stabbing his wife, Adele Morales.” Maybe it’s no longer the hellscape it was when Jacob Riis condemned it as a way station for the poor, but the ward is still far from a pleasant scene. The doors stay locked tight to prevent “patient elopement” and the trash bags are made from paper to stave off suicide attempts.

There’s irony, then, in the beauty of Bellevue’s grounds. A modern atrium encloses the building’s old façade. In a gothic flourish, a gate spells out the hospital’s name with an elegant use of negative space. The lawn enclosed by the fence is green and lovely, with a fountain and trees and curving walkways. It’s the kind of space that evokes whatever romance still clings to the word “sanatorium.” The lawn reminds me of the comfortable asylum home of the artist who mummifies his own hand in Roberto Bolaño’s 2666, or the sort of place where Van Gogh might have convalesced from a severed ear.

There is no one in this yard today. I wonder if there ever is.