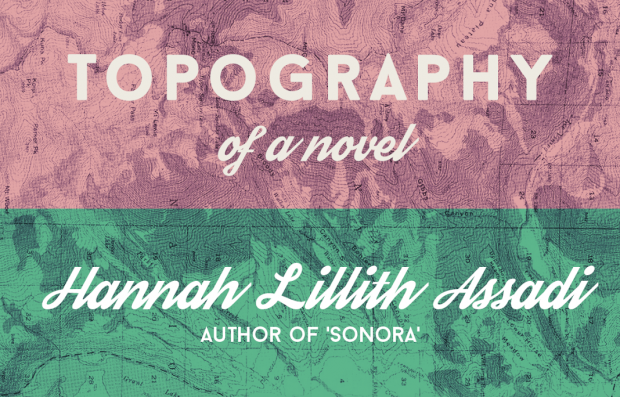 Topography of a Novel: Sonora

“That was when I knew, however eerily, I had an obligation to the material.”

Every book has its own texture, materiality, and topography. This is not only metaphorical; the process of creating a novel produces all sorts of flotsam–notes, sketches, research, drafts–and sifting through this detritus can provide insight both into the architecture of a work and into the practice of writing. Blunderbuss is excited to run this series, in which we ask writers to select and assemble the artifacts of a book in a way that they find meaningful and revealing. In this installment, Hannah Lillith Assadi reflects on the antique objects, panic-inducing edits, and lost friends that shaped her new novel Sonora, released in March by Soho Press.

Sonora is the story of Ahlam, the daughter of a Palestinian refugee and his Israeli wife, and her infatuated partnership with her friend Laura. As mysterious deaths continue to claim their high school classmates, the pair flee to New York City where the intensity of their lives threatens to undo them all together. “Sonora is unforgettable and deeply felt,” writes Topography alum Alexandra Kleeman, “the type of book that brings you close, infiltrates you, and leaves you with the sense that you’ve just lived an entire life.” And according to Ben Marcus, “In Sonora, Hannah Lillith Assadi documents, with lyric ferocity, the agony, love, and bafflement of belonging to a family. A scorching story of youth and the losses and sorrows of growing up estranged.” 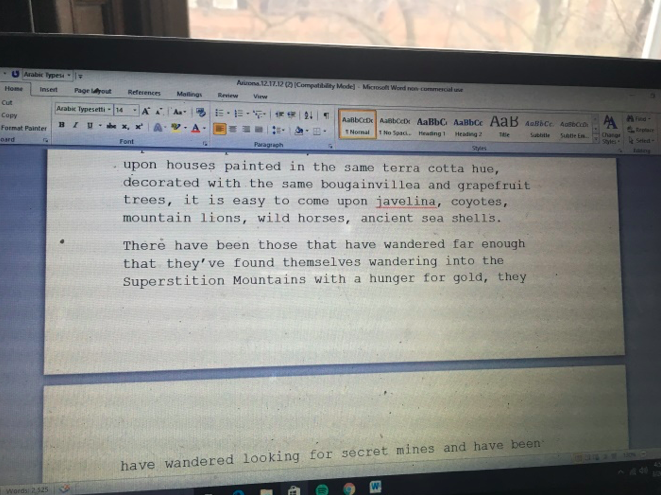 The genesis of Sonora was in an assignment I wrote for a seminar I took with Rivka Galchen the last semester of graduate school. The class was themed around “The Dead” à la James Joyce’s Dubliners story. The piece I wrote revolves around the tragic deaths of many of my high school classmates as a backdrop for the story of a failed love affair. This document is dated December 17, 2012 nearly five years ago. The next morning I received news that another classmate of mine from high school had been in a fatal car crash the night previous (the very same evening I was writing the story). That was when I knew, however eerily, I had an obligation to the material. 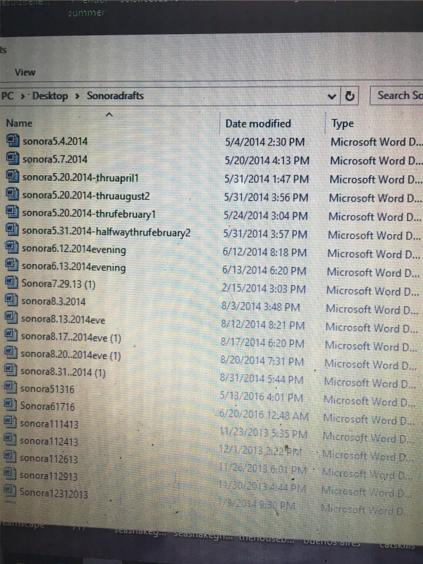 From that seed text, I turned Sonora in as my thesis for graduate school and put it down for a few months. In the spring of 2014, a very dear friend passed away and I picked it back up, tore it apart, and formed it into more or less the book it is today. There must be hundreds of versions of this novel but as you can see there is quite a bit of activity in the spring and summer of 2014. 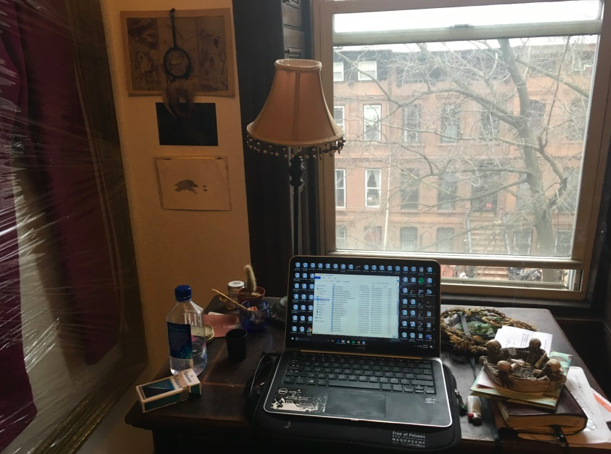 This desk is where much of the work on the novel was done. I have a small side office next to my bedroom. There are some important items I keep around me while I write: water, my skull and bones ashtray, a very dead cactus, and there is a small pottery piece my grandmother made of Peter Pan that isn’t quite visible here. On the wall is art by my friend Elena Megalos inspired by the drowning Ophelia, a tin type of my friend who passed away, a dream catcher, and a photo of Safed, my father’s hometown. The framed pink track pants also belonged to that friend who died and this was given as a gift to me. It’s not quite “public” art and it’s a bit morbid (if you knew him it would have been funny) so I keep it in my office as a keepsake. 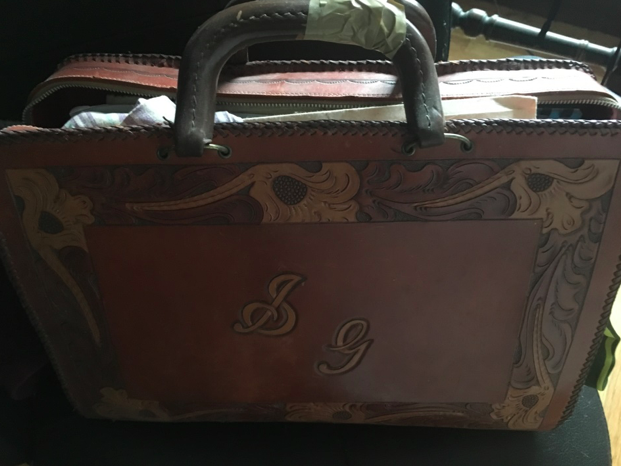 In my grandfather’s old briefcase I’ve tucked away some of the versions of Sonora that I printed out. There are also other tote bags full of inked pages. I regret having contributed to the pillage of trees for the sake of this book. I hope to get better editing on the screen. 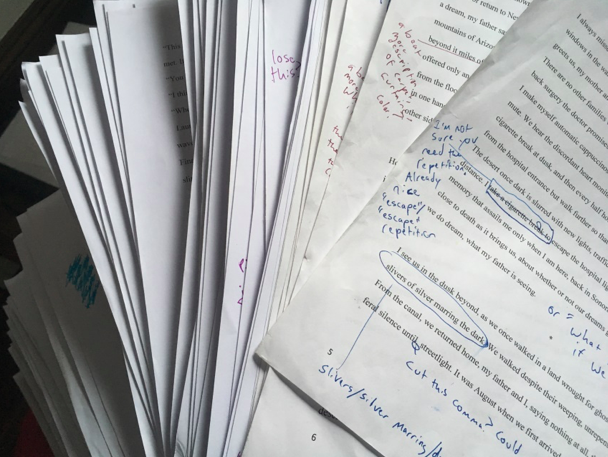 This is the last round of official editing I did last May and June with the most brilliant Mark Doten. He made this book into the thing it wanted to be, though seeing his handwriting in such detail over all these pages (his advice including significant plot changes) gave me a slight panic attack…. 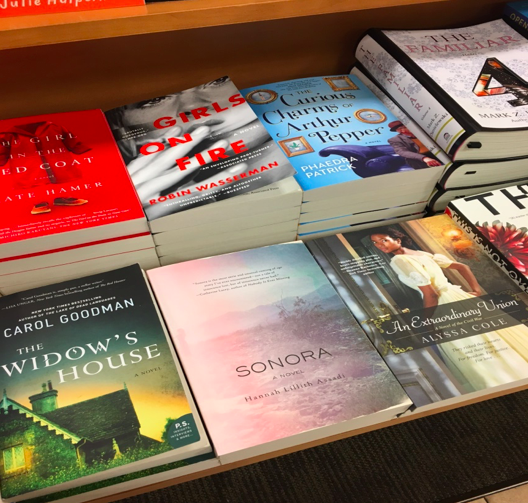 …but it worked out. Here it is, in a real bookstore, after all!