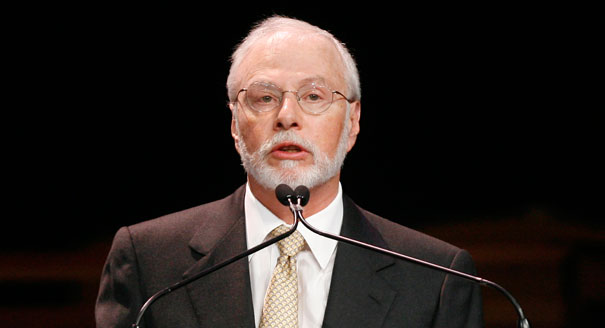 By pretending to be populist, the corporatized gay movement reaffirms the dangerous lie that American democracy isn’t imperiled.

Gays are so normal!

How can you tell? A test: choose the most randomly-selected day of the year and get all of the normalest gay people in the country to take a normal picture on that normal day and send it to you. If the normal photos are, like, really normal, then gay people are really normal!

Apparently, the “hopeful message” of this project is that gays, too, can face long-term employment and grueling 12-hour shifts. They can even internalize society’s efforts to shame them for choosing foods with essential nutrients!

For this project’s purposes, normalcy means looking like straight people and living a life unaffected by your status as a gay—all of these pictures could just as easily be pictures of straight people, and that’s the point. The project insists that we not see sexuality as a factor when evaluating and valuing the lives of gay people.

During the DOMA trial, he said that politicians were “falling over themselves” to support gay marriage, proving that gay people were “politically powerful.” Their influence and power meant they did not warrant special Court intervention, and thus DOMA should stand.

His view was perhaps influenced by a brief filed by House Republicans, claiming that “gays and lesbians are one of the most influential, best-connected, best-funded, and best-organized interest groups in modern politics, and have attained more legislative victories, political power, and popular favor in less time than virtually any other group in American history.”

This created quite the stir. ThinkProgress pointed out that only one percent of congresspeople are openly gay, and only 4 out of 800 active federal judges are gay. We only just got our first senator. So, far from being over-represented politically, gays are just like black people!

By conflating gay political influence with the number of openly gay elected officials, ThinkProgress fails to recognize that gay people also have skin tones and socioeconomic classes. The powerful (rich, white, male) ones probably have more in common with their straight representatives than with most queers.

This failure to acknowledge that rich white gays have other avenues to power is one of the ways that the mainstream movement has positioned itself as progressive while relying on institutional support. In November, an op-ed in the New York Times extolled the virtues of Paul Singer, a hedge fund billionaire and major GOP donor who has recently become a gay rights activist. Singer “and other conservative donors” have made gifts to the Human Rights Campaign that will allow the organization to expand its operations overseas. The article rightly uses this event as evidence that rich Republicans are insisting on having a say in the future of LGBT rights. (Being published in the Times, this is presented as a boon for some reason, rather than a terribly scary confluence of vulture-funded fortunes, socially conservative ideology, and imperialism.) Further proving the institutional support for the mainstream gay rights movement, some of the biggest donors to the HRC are drone manufacturers and a lot of the others are banks. Guys, the Pope thinks gay people are normal. I’d say the House Republicans were onto something.

The expanded HRC funding, the corporate support, and the Pope’s speeches are all viewed as good things by the mainstream movement, and yet their obvious corollary—that gay people have broad political support—is seen as offensive: echoing ThinkProgress’s self-righteous takedown of Roberts, the HRC legal director said, it “does seem like a lot of political power,” but gays “are the kind of people who are never going to be able to achieve power in the decision-making bodies to be able to vindicate their rights on their own.” The lie of the mainstream gay movement’s political weakness (a lack of “power in the decision-making bodies”) is so rabidly promulgated, then, because it justifies the intervention of the HRC’s corporate sponsors (“never … be able to vindicate their rights on their own”).

So instead of admitting to political influence, the HRC and the media pretend that the march to “equality” is just a PR campaign. The only thing we have to do is convince the American public that gays are just like them, and then the law will respond. The fight for marriage is just a fight of the enlightened many against the backward-looking few. It is an exercise in direct democracy. This is why we read headlines like the one in the New York Times following the Court’s overturn of DOMA: “Court Follows Nation’s Lead.”

This narrative relies on a false consensus, as if all gays wanted the same things. However, many queers recognize that, for example, including gay people in the institution of marriage only reinforces oppressive notions of a nuclear family (with monogamous partners and isolating self-reliance); that insistence on hate crime legislation beefs up the prison-industrial complex, keeps us dependent on institutional authority for justice, and pretends that we are fighting individual homophobes instead of a homophobic/transphobic system; and that the inclusion of the gays in the armed forces has served as free advertising for an imperialist and corporatized military.

As you can see, all of the HRC’s “equality” initiatives are political in nature, cementing existing power structures. Pretending to run a PR campaign, we make these political maneuvers seem inevitable and democratic. The Advocate project depoliticizes the movement, making you feel that change is coming from your own deeply compassionate heart. The truth is that the legal reforms that the movement wants require lobbying and corporate money, just like any other legislative changes.

This is a deeply embarrassing revelation. After all of the campaigning for normalcy—we’ll be second class citizens until you give us these rights!—the GOP’s acknowledgement of gay lobbying power reveals that, in fact, rich white cis gay men already are normal.

They remind us that being normal doesn’t mean being common and average, as the Advocate would like us to think. Rather, normalcy is a prestige title. It means having your lived experience validated as representative, not “unique” or “interesting.” Normalcy presents itself as natural—a movie with all white leads is just a movie, while a movie with all black leads is a “race” movie, even if it doesn’t actually engage race. Many friends, upon first learning I was gay, wanted to know why gay men “talked like that” (or rather, like thith). It’s actually a fair question with a complicated answer, but it doesn’t acknowledge that the men who were asking it also spoke in socially-constructed patterns and jargon. These bros took their speech as natural and wanted a justification for any deviation.

By alerting us to the political power of the gay rights movement, Roberts and the Republicans exposed the construction of normalcy. They showed us that gays’ admittance to the halls of power was not inevitable or necessarily right; rather, it was fought for and bought by people who benefitted from it. (And no, not everyone benefitted from it: marriage is actually exacerbating some problems within the queer community by getting us to think, for example, that monogamy can ends AIDS.)

By aiming for straightness, we leave the goal of our movement in the hands of people outside of it. Roberts and the Republicans, unfeeling though their statements seem to be, are actually within their rights to define when the movement has been successful—they’re the straight people we’re trying to look like, after all.

If the gay movement were more inclusive, it wouldn’t have to play dumb about its politics. If the HRC listened to the queers who were really battling for safety and freedom, it would be talking about racism and ableism and the structural enforcement of a gender binary. We’d be talking about prisons, not getting married in prisons. Many queers need a lot more than marriage to be treated fairly by society—but those aren’t the queers that the HRC is telling Republicans about.

And now a gift from billionaire Republicans to the largest gay lobbying group starts to make sense. The story we tell about the gay rights movement is that the American people learned to love a little bit better, and demanded the same of their lawmakers. The lawmakers listened, and now America is a better place. The movement thus makes heart-wrenching propaganda for America’s crumbling democracy. Each time we tear up over a video of a bullied 13-year-old, each time we praise the common decency of the Supreme Court, and each time we read self-righteous articles about being “on the right side of history,” we reaffirm the fallacy that America is already ruled by the dreams and principles of its citizens, thus rendering radical activism and organizing unnecessary.

What better story is there for a conservative billionaire to invest in?