Surrealist squiggles come to life to explore the contemporary void.

I first encountered David Bayus’s work in a 2013 group exhibition at The Popular Workshop in San Francisco (which, sadly, no longer exists). His vibrant paintings, like glitchy, surrealist, Microsoft Paint daydreams, have lingered in my mind ever since. In each work, Bayus blurs the boundaries between the actual and representational through photography, prints, meticulous painting, and hand-built maquettes. What appears to be computer-generated imagery is, in fact, the opposite: the smooth, unnatural surfaces are the product of tedious hand rendering in oil paint.

The show at The Popular Workshop was the last time Bayus displayed his paintings, and since then he has focused on exploring the different ways of reconciling his mutual interests in formal abstraction and narrative realism. He describes the process as accretive: first he produces oil paintings and sculptures made from epoxy clay, porcelain, and wire. He then photographs the pieces and makes fragments of animation in the 3D sculpting program Blender. Instead of building a narrative out of a preconceived idea, the story emerges only after the stage is set and the characters gathered.

The works featured here are part of HERMIT, a short film Bayus began making in February of this year. The black and white scenes contrast extreme abstraction and the surprising anthropomorphizing of the forms and figures. The protagonist—the eponymous hermit—struggles with some of the challenges of contemporary digital society including isolation, apathy, and the fury experienced upon realizing he is being exploited by the very media that hypnotizes him. Few of the shapes register as recognizable, yet Bayus brings them to life. 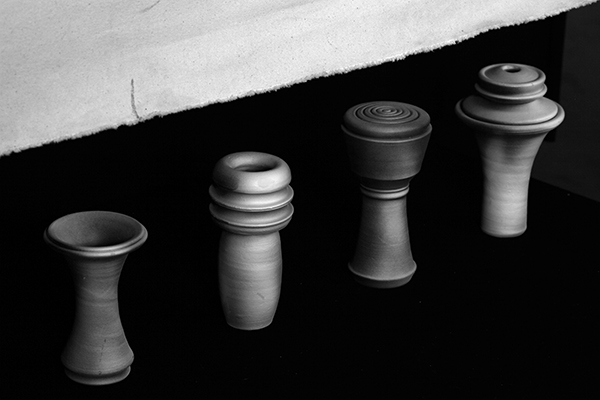 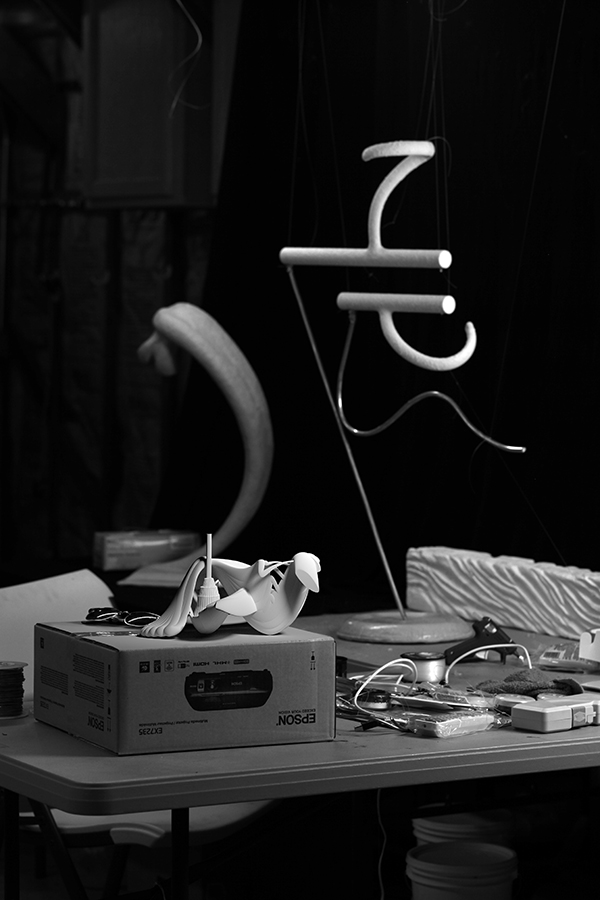 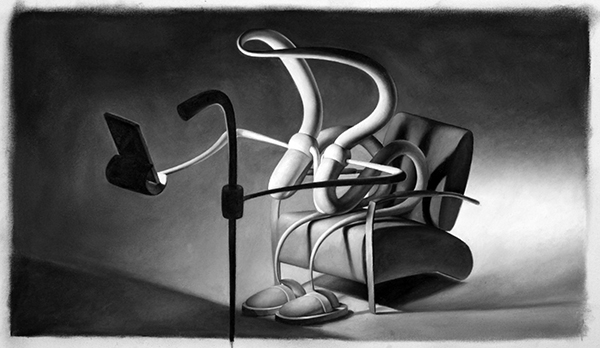 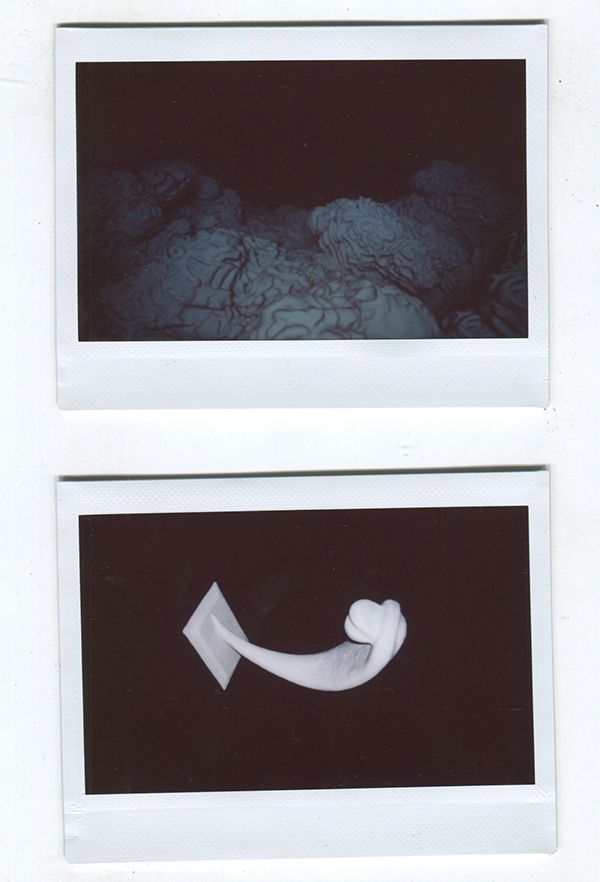 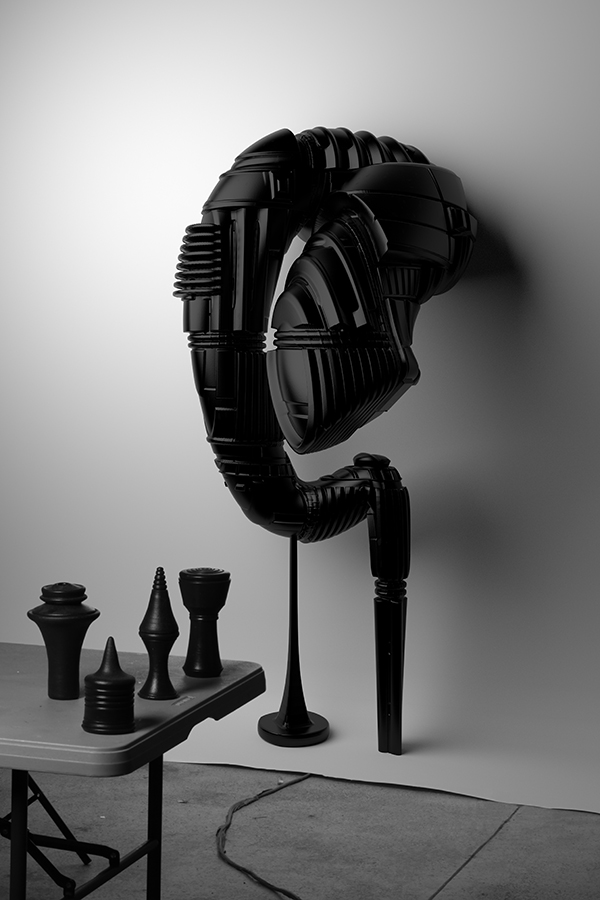 David Bayus (b. 1982 in Johnson City, TN) received his MFA from the San Francisco Art Institute in 2010 and a BFA from the Savannah College of Art and Design in 2005. He is a founding member of the BASEMENT Art Collective located in San Francisco's Mission District. David has exhibited extensively in the Bay Area and elsewhere, most recently with group shows at Cloaque.org, The Lab, KUNST-HAUL, and Ever Gold. The third book in his ongoing series STROKE will debut at the La Art Book fair this February along with A solo exhibition at Vacancy in LA on January 29th.