All the media’s a stage, and all the men and women merely players.

Through her series Parallel Horizons, Julie Henson compresses thousands of years of cultural archetypes into four layers of cyan, magenta, yellow, and black. The ongoing project, which uses images from Time, Life, and Newsweek across approximately four decades, was born out of Henson’s interest in the cultural ideologies embedded in the media’s representation of the world and the characteristics the magazines chose to feature. “Each image in the series,” says Henson, “whether a portrait of a culturally relevant figure or an advertisement for a product, shares a perspective on the collective interests and beliefs embraced by American culture at the time. The layering of these images together allows the figure or image’s relevance to complicate the meaning of another.”

The resulting two-dimensional images and sculptures variously illuminate or obfuscate the visual stereotypes printed in the magazines, depending on how many layers Henson applies. She uses an additive process, which involves converting each image into a single color—cyan, magenta, yellow, or black, the color separations used in analog printing—then layering them to produce the chromatically fractured collages. The compositions bury some information while bringing other poignant details to the forefront. The pieces reflect the chaotic theatricality of the media and our worship of the modern celebrity gods. Henson explains that within Parallel Horizons, “individuals act out and perform personal beliefs, which are then perpetuated through cultural images as seen in many of the magazines that I source. The images become a stage for individuals to continue to reenact and reinforce a variety of ideologies.” 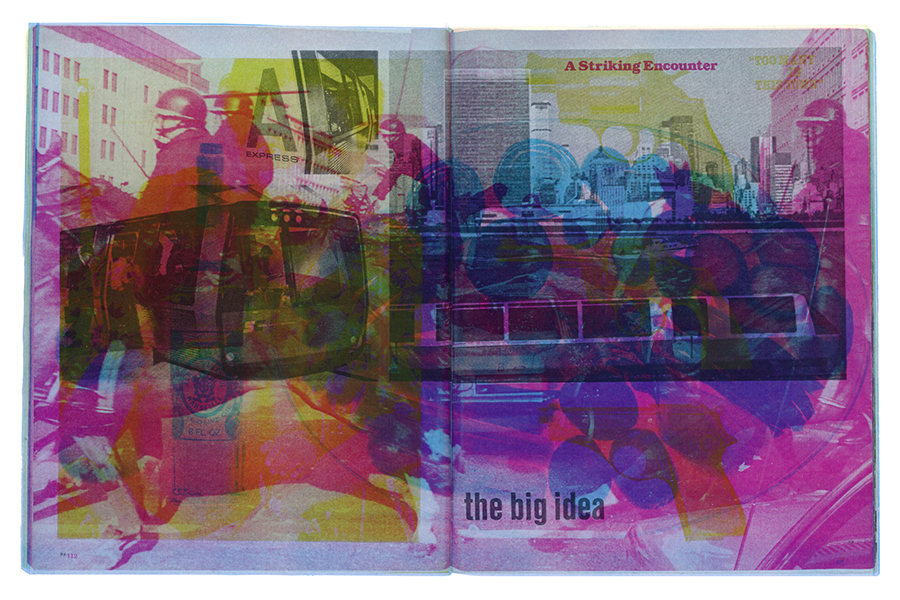 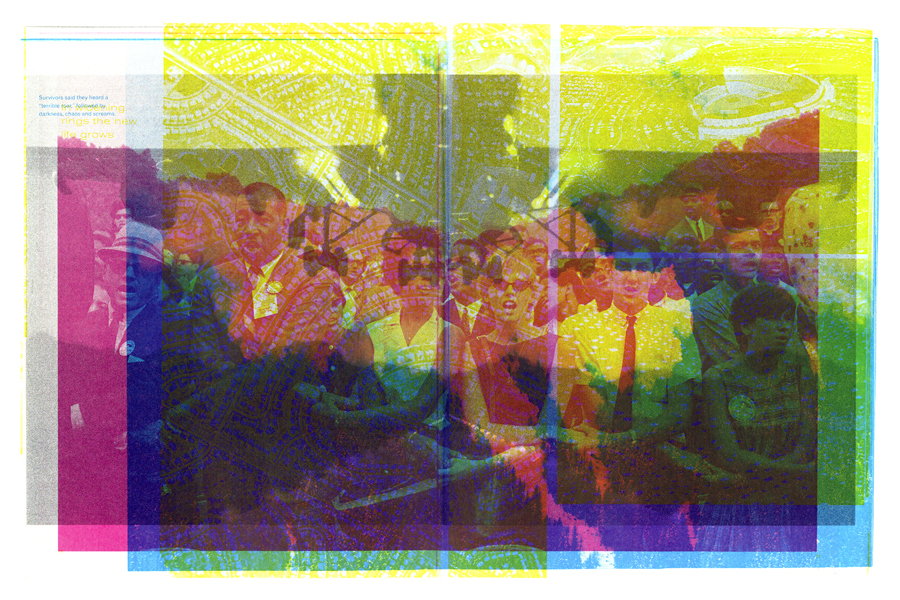 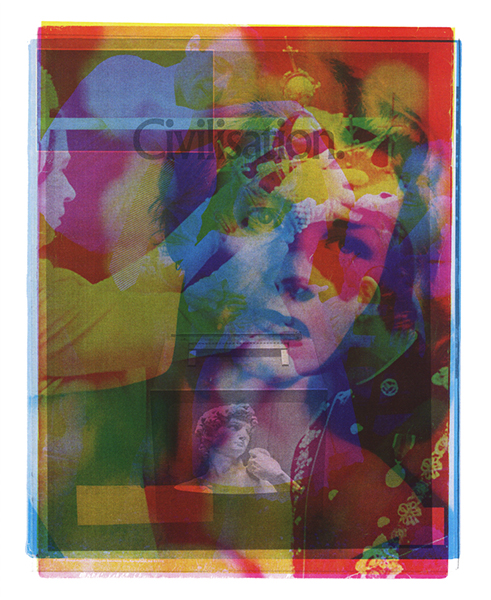 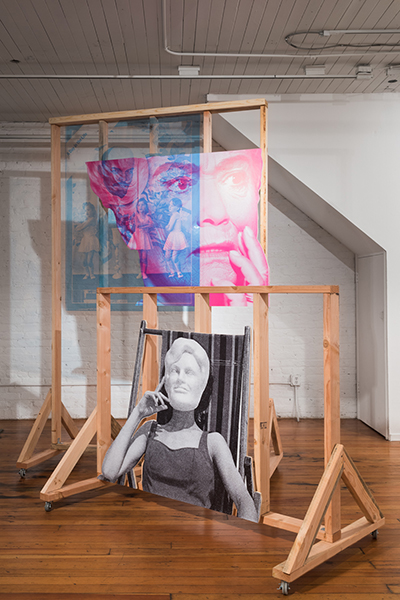 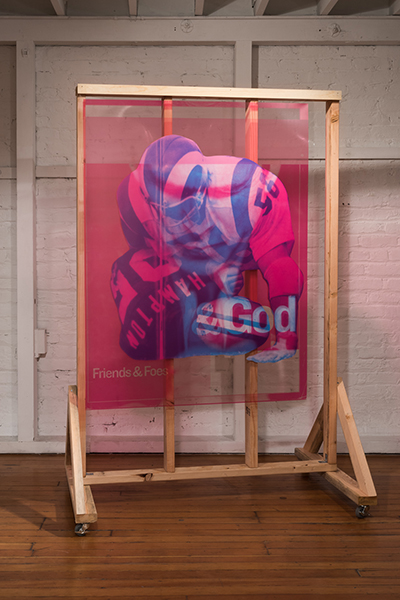 Julie Henson is a San Francisco-based artist whose work uses iconic cultural imagery to explore the structure of belief systems.